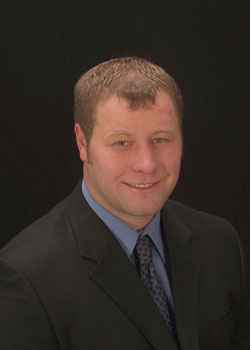 As owner and president of Dean Custom Builders, one of the leading home builders in Greater Peoria, Brandon Dean works hard to ensure his clients get not just a house, but a home in which they can take pride. A real estate expert, Dean leads by example, going above and beyond the call of duty and empowering his employees to achieve success in their own community endeavors.Under his leadership, Dean Custom Builders has been active in a variety of charitable events. In 2010 and 2011, he chaired the company’s “Striking Out Alzheimer’s” bowling tournaments, raising thousands of dollars for the local Alzheimer’s Association affiliate. Dean has also been actively involved with St. Jude Children’s Research Hospital for several years. From 2010 to 2013, he sat on the committee for the St. Jude Gala, “A Tribute to the Stars,” organizing donations for its silent auction, and enabling his staff to assist with a number of other fundraising events, including the St. Jude Ride and the Shrimp and Corn Boil.
His company’s impressive portfolio of homes led to its selection as the home builder for the 2013 St. Jude Dream Home Giveaway, one of the largest St. Jude fundraisers in the entire nation. With Dean leading the charge, there was a substantial decrease in building costs from previous years. After the success of their first Dream Home, Dean’s team was asked to build the 2014 St. Jude Dream Home, which will be given away early next year. In addition, Dean Custom Builders’ “MY DREAM” campaign, designed to recognize its charitable donors, was picked up by St. Jude’s Marketing Department and taken nationwide.
In 2011, Dean was honored with the Jeff Bell Customer Service Award from the Better Business Bureau. He is a long-time donor to Toys for Tots and the Peoria Journal Star’s “Newspapers in Education” initiative. iBi